What are Affidavits in Singapore and How to Write One

All about Affidavits in Singapore

As a leading translation agency in Singapore, we offer affidavit translations and Power of Attorney Translation. What is an affidavit?

It is one of the essential documents required in legal proceedings. It is made by the person who has witnessed a particular event and can be considered “evidence” in the court proceedings.

The statement included in the affidavit by the particular person can be used in the court as evidence of what they have seen in the particular place and can enable you to make the case stronger.

Who Can Make an Affidavit?

Any individual consisting of intellectual capacity to take on oath or submit the attestation might make an affidavit.

However, there is no such requirement for making the affidavit. Even a child can make an affidavit, provided they must be mature enough to completely understand the facts involved in the affidavit and the moral and legal significance of the affirmation or the oath.

What are Affidavits used for?

Affidavits are the main way to present evidence (facts of the case) before the court. They are used mainly in interlocutory proceedings and for presenting evidence at trials.

Some common types of affidavits are mentioned below:

Affidavits of Assets and Means

Affidavit for bail and release on personal bond

The facts of the affidavit will be based on the kinds of affidavit the parties are filing. For the civil proceedings, the detailed information of the affidavit should consider the Order 41 rule 5 of the Rules of Court.

The most basic rules for submitting an affidavit are that the deponent is only eligible to refer to the facts for which party has personal knowledge. The deponent is not entitled to mention the conclusion on the provided evidence or include the clarification explaining their point of view.

However, the Legal arguments, embellishments, and bombastic language must not be included in the submitted affidavit.

In other words, an affidavit contains the following things:

Full and frank disclosure is needed in the affidavits. This usually means that the attester needs to reveal all the details to the court that might be included in the material.

The acknowledgment of all the possible material facts needs to be followed by all the relevant facts to establish full and frank disclosure. The relevant document needs to be presented to the judge, which will be termed as the “disclosed.”

If there is insufficient disclosure or non-disclosure, the application or affidavit for which the affidavit is accounted for needs to be kept aside.

Few affidavits come with specified templates issued by the law. These are some forms where Deposer is given guidance on what needs to be mentioned in the affidavit.

For example, suppose form number 206 is the template that was issued in the family Justice Practice direction regarding what needs to be revealed and mentioned in the affidavits of assets and means.

How to Swear or Affirm an Affidavit

Process of swearing/affirming an affidavit

The Affidavit needs to be sworn or affirmed by the attestant with the court or the individual serving judicially, generally by the Commissioners for Oaths in Singapore.

However, the attestant will then be required to sign off the affidavit under the commissioner’s observation for oats so that the affidavit becomes valid and acceptable in court.

Affirming in a foreign language

If the acting attestant is not familiar with the English language, then they will require to affirm or swear the affidavit before the commissioner for oaths having proficiency in the language or language that can be easily understandable and spoken by the acting attestant.

In comparison, the professional interpreter can also be hired to ensure that the witness completely understands the language stated in the affidavit before proceeding to the affirmation process.

Affirmation by a company

The acting officer of the company, like the secretary, manager, director, or principal officer, can proceed with the affirmation process of the affidavit on the company’s behalf.

A letter of authorization also needs to be provided by the board resolution in order to prove that the assisting officer has the Authorization to affirm the Affidavit.

You do not have the authority to publish the affidavits in the public domain before they get conceded as evidence.

The publication of affidavits that might not be specified as evidence might refer to the considered contempt of court, leading to fines or even imprisonment.

The affidavits in Singapore can be filed through the litigation electronic filing system.

If required, the affidavits can also be filed in person by visiting the LawNet & CrimsonLogic service bureaus.

What Happens After Your Affidavit has been admitted as Evidence?

For the action to begin by the writ, the witness who has filed the affidavit will require to be physically present at the trial for further investigation of the case.

In several cases, the application filed by the issuing warrants is generally not required for the witnesses who have recently filed the affidavit to get closely investigated. Moreover, the court might still make an order to cross-examine the respective witnesses if needed.

Irrespective of if the legal action is taken by the writ or issuing the warrants, the court has the complete authority to order that the evidence be given verbally until the court orders it to proceed.

If the witness is not physically present in the hearing even after being ordered by the court to get closely investigated, the witness’s affidavit will not be accepted as evidence until the court permits them for consideration.

How do you exhibit documents for an affidavit?

If you want to include particular details in your affidavit by disclosing the document, in that situation, you will require to refer to the affidavit properly. Each disclosing documents must include a letter and be written in alphabetical order. The first thing that you disclose in the affidavit will be lettered as A, second B, and so on.

Why must an affidavit be sworn or affirmed?

The affidavit can be considered as evidence in front of the court. It thus should be penned down as Oath or affirmation”–, an oath or affirmation is the assurance of the actions of a particular person in the past, present, or future. If it is determined that the person has made the affidavit under undue pressure, it will not be accepted in court.

Are affidavits confidential in Singapore?

It has been said that any documents or information acquired from the affidavit, orders for discovery or subpoenas, or expert reports can be considered confidential information among the parties for the litigation process. Only assisting lawyers might get aware of the affidavit’s statements.

Hopefully, the above article might have cleared all your affidavit related doubts. It is suggested to read each term to avoid mistakes and confusion in legal proceedings.

Along with this, you can also reach out to Singapore translators for a professional tone of voice.

An individual’s speech and language patterns are important when it comes to achieving professionalism in their messages. 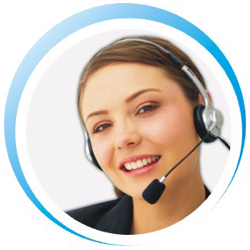